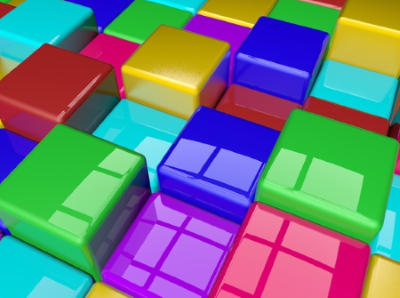 What should be taken into account when developing a website to mitigate ad blocking by AdBlock, uBlock, Adguard, KIS Anti-Banner and similar software:

1. Use https protocol. It will not only enhance the value of your website for Google and Yandex search engines, as they expressly state it, but also reduce the share of blocked ads. In particular, Kaspersky will not block ads. It was also noted that some blockers, designed as browser plugins, do not block advertisement under https; in particular in iOs (while others deal with it smoothly– as content is already decoded when page is displayed in browser).

2. When slicing web pages do not assign tag classes and ids the names such as “ads”, “advert”, “banner” and other ones that clearly denote the advertising nature of the block. In such case, the block will be automatically eliminated, even if it contains no ads. Free tool AdRegain Probe will help you in checking words against the blacklist.

3. When posting banner on a website, try not to put it in a separate block clearly distinguishable from the rest of content. Otherwise, ad blockers will easily find a rule to block it. This is the case not only with own banners, but also with Adsense-Direct. Indeed, you will not be able to save network banners from ad block, but if there is a need to replace them (for instance, using AdRegain Chameleon), this advice will be really helpful and will seriously hinder adblockers to search for blacklisting rules.

4. Instead of classes and ids, use inline styles in advertisement blocks (style="…"). It is easier to ban advertisement blocks by classes and ids in divs and spans, than it is by styles placed directly in tags. Blocking tools block tags by style as well, but you will just need to transpose the properties (or even transpose them dynamically), in order to confuse the blocker.

6. Ban access to people using ad blockers only as a last resort, namely, if: а) the share of free-riders on your website is large (more than 20-25%; see how to find it out); b) for some reason you cannot reinsert banners. Won’t you agree that when you visit a website as ad block user, it is better to see an unblocked banner than to see no content at all. In the latter case, website loses both the user and the money. That is why banning access is an extreme measure applied when negotiation and banner reinstatement fail.

7. Do not post unethical, obnoxious, over-intrusive advertisement. Try to adhere to the Acceptable Ads Manifesto. It’s unlikely that blocking bots will appreciate it and will stop blocking all ads with no distinction. But why to affect the mental condition of most of the readers, who have not yet installed ad block, forcing them to do so?!

About Ad blocking
IAB recommendations on ad blocking
Ad blocking combating methods (anti ad block)
How to disable Adblock on the web-site you like
Online media in a new environment: ad blocking issue